A plaque bearing the names of the four world leaders who were the first to visit Ukraine after the start of the war was unveiled on Friday in Kyiv by Ukrainian President Volodymyr Zelensky.

On the 28th of February, Putin’s Russia invaded neighbouring Ukraine, and the Ukrainian people had to stand up for themselves. They were left alone against an enemy several times their size, against a world superpower which, until then, had been considered invincible. Indeed, many European and world leaders would have abandoned this country to its fate, because it was believed that Putin would take Kyiv in three days. But he didn’t.

The 15th of March was the day when, in the midst of the terrible raging war, the Slovenian, Polish and Czech Prime Ministers arrived in Kyiv by train, completely unannounced. And they gave the Ukrainian people the best they could – the much-needed hope that they are not alone in their difficulties. Janez Janša, Petr Fiala, Mateusz Morawiecki and Jaroslaw Kaczyński were the first to walk on the path, which the other world leaders took soon after. “The Prime Ministers of Poland, Slovenia, and the Czech Republic, have arrived in Kyiv on behalf of the European Council. Courage from true friends of Ukraine. Talks on supporting Ukraine and strengthening sanctions against Russian aggression will follow,” the Prime Minister of Ukraine, Denys Shmyhal, wrote at the time. Humanitarian, military, economic and other forms of aid soon followed, and the Ukrainians have been successfully waging the war for almost seven months now.

However, Janša’s visit to Kyiv caused an uproar in the opposition and the left-wing media outlets at the time. Current Minister of Foreign Affairs, Tanja Fajon, attacked his actions with lies, saying that it was not in line with European foreign policy. Left-wing opinion leaders even spread fake news that the visit to Kyiv had not taken place at all and that it was all a conspiracy. Their pain was immeasurable. 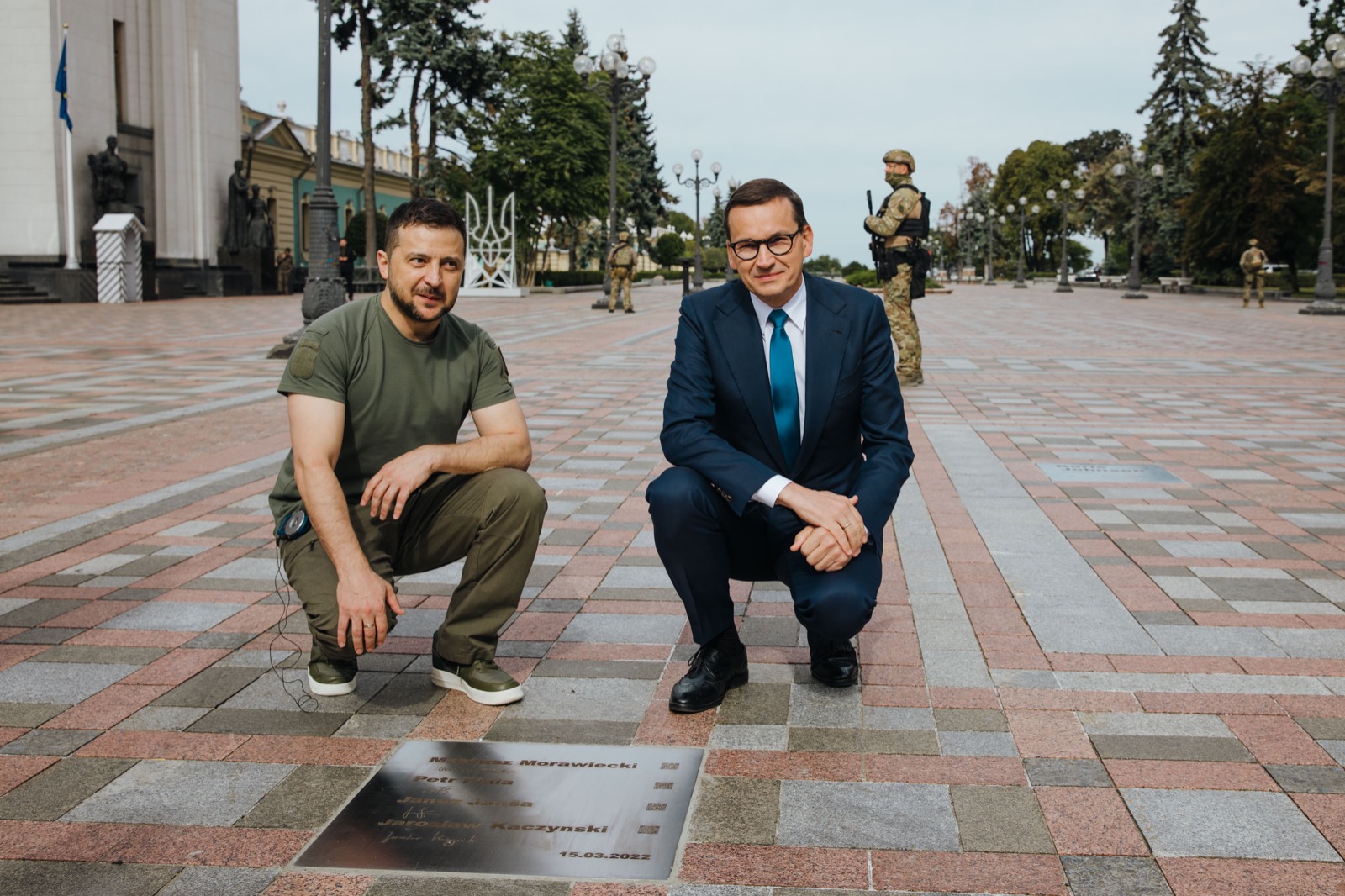